Got a New Business? Find Out the Best Marketing Strategies

How To Market Your Documentary

Your documentary is more than just a film to you. You and your documentary production company will pour your hearts, souls, and lots of cash into getting it produced. How will you find your film an audience? There is no sure-fire route to success, but you can follow a well-thought out strategy to maximize your chances at achieving meaningful distribution.

Experts recommend filming a pitch tape before you even start production of your film. Once that short film is completed, you can send it out to possible distributors, such as PBS or ESPN, and get their reaction. If they show interest, you can negotiate with them while you are actually producing your film. They can give you feedback on what they feel your project needs. With luck and hard work, you may have a distribution deal in place long before you finish your documentary.

Some documentary filmmakers have found great success by targeting a "core" audience. For instance, one movie about the Senior Olympics aimed the movie directly at the senior population and those people who provide services to this older group. As a result, they achieved great success. They did not worry that they were targeting too small of a group. Their purpose was not to find a general audience but "their' audience.

All filmmakers dream of having their work screened at a big film festival. Getting your film into a prestigious festival certainly can be your big break. You do need to be realistic, however. These festivals receive thousands of documentary entries and end up showing a handful. For instance, the Sheffield/Doc fest receives nearly 2,000 documentary entries a year and shows slightly more than three dozen. You will also pay for the privilege of having your film screened. Someone will definitely watch your documentary, but the odds of acceptance are small. In other words, if your entire distribution strategy is to land a showing at Sundance, you and your film are in big trouble. Make a good product and then try a few festivals in addition to the other steps you are taking.

Although it may go against your creative instincts, you need to begin marketing your film before you even start shooting it. Work on finding a distributor as you go. Focus on your core audience. You do not have to capture the world's attention. Finding a group of people who will be emotionally invested in your efforts is enough. If you land a spot in a good film festival, you will certainly improve your documentary's chances of being a success, but you cannot make that your only strategy. With some hard work and a bit of luck, your documentary can find a home. 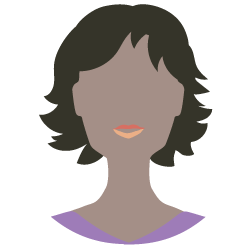 As a new business owner, I had many decisions to make. One of the biggest decisions to make was how to market my business. I had limited funds for marketing, yet it was important that the marketing be spot-on, or people would not know about my business. I spent a lot of time trying to figure out how to make the most of the money I had and market my business. There are so many ways you can market a business. You can send out mailers, do television commercials, pay for radio ads or create and market a website. I hope my website teaches you about the different ways you can market a new business and which is ideal for your business.